After I some time I found free moments to finish an old project – a flight computer with programmable outputs. This flight computer is based on my small digital barometric altimeter and the small accelerometer.

Despite the modest dimensions of the device – only 60x15x15 millimeters – it has excellent functionality.  The main characteristics are:

I have given it a good thought how to miniaturize the flight computer while keeping the assembly relatively easy for a DIY project and the only way to do that was by using miniature MOSFET transistors which are a bit tricky for soldering but not that hard at all.

And the schematic for my flight computer: 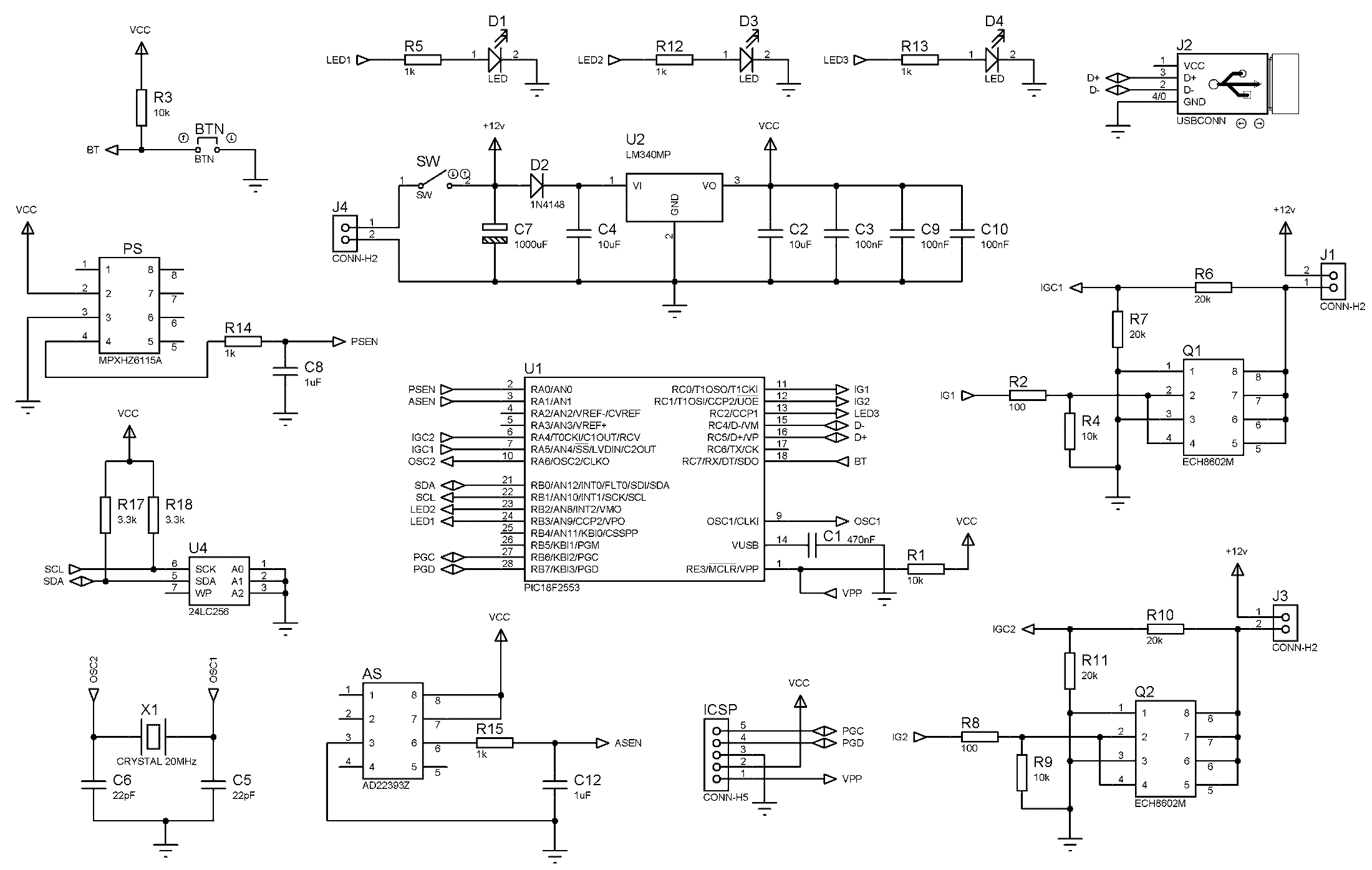 Once I finished soldering the board I started writing the firmware which has basically three main parts – USB part, on-the-field maximum altitude calculation and the flight mode.

Then the next part was to write a suitable desktop application for the USB communication part, here I appreciate Sergey’s excellent suggestions how to better organize the functionality.