I made a small program that will help you hide and make harder to modify strings inside code. The idea was borrowed from the following project Small String Obfuscator which is for C++ only. However I am using VB.NET thus I had to write a new string obfuscator for VB.NET. The idea of the obfuscator is the following:

Sometimes you place strings in your project like this following “VB.NET STRING SCRAMBLER /www.blog.exrockets.com/” 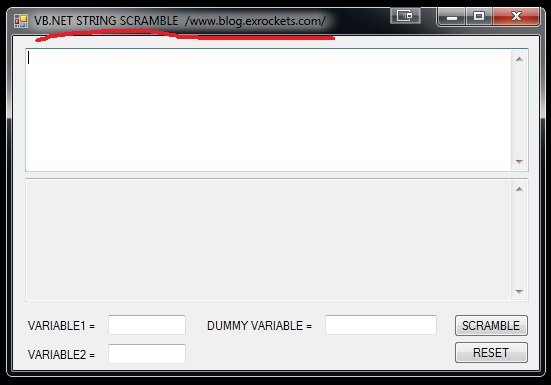 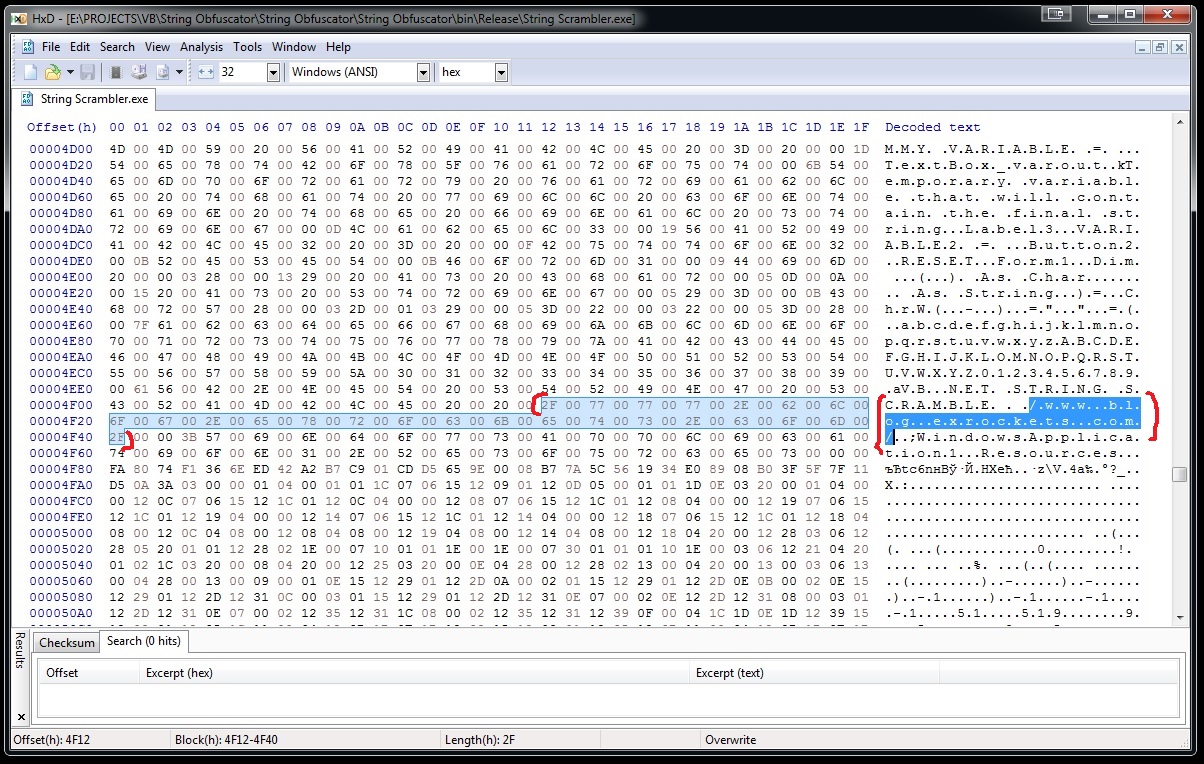 And then you can modify it to something else 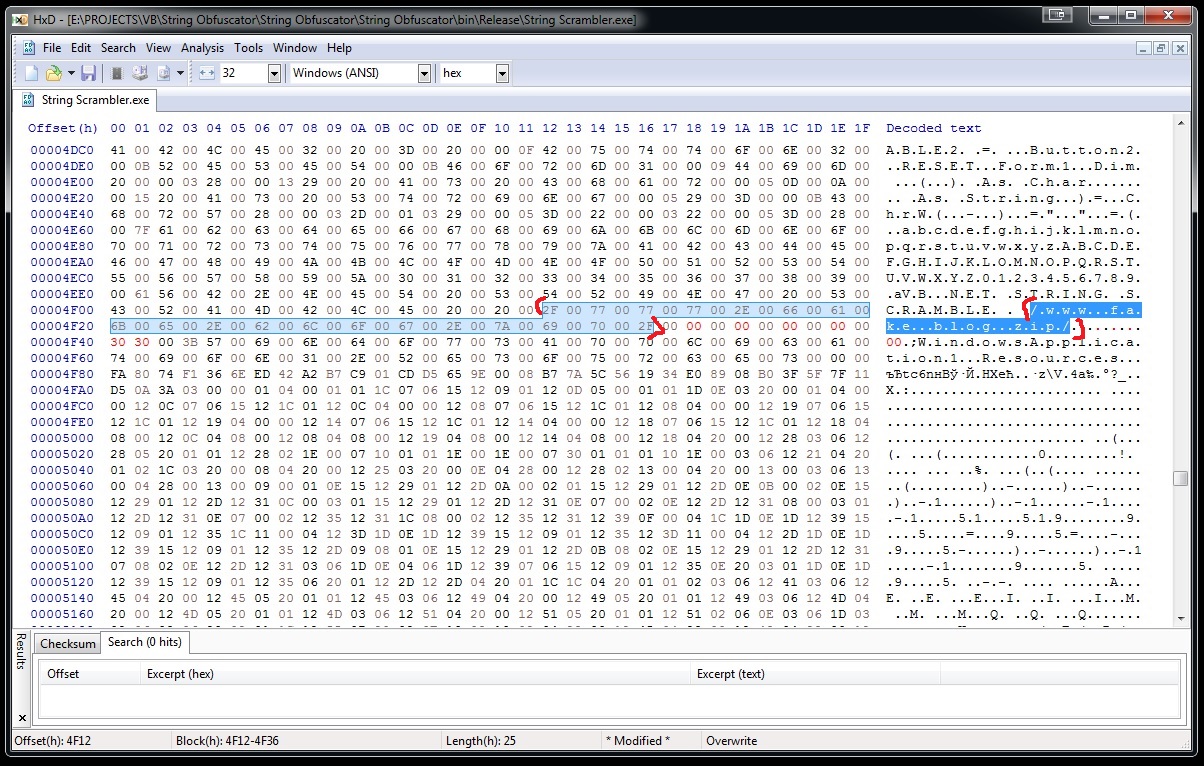 Which would appear modified in the new file, something that we wouldn’t like to happen. 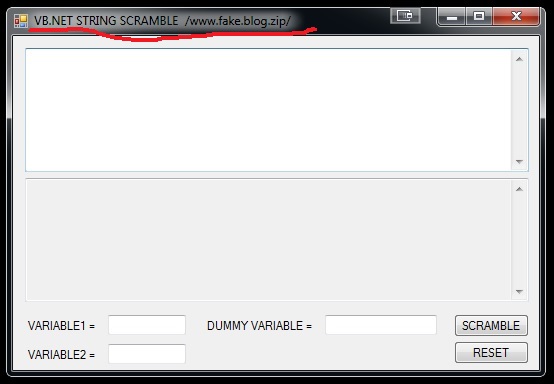 How does the VB.NET SIMPLE STRING OBFUSCATOR SCRAMBLER work is like this: 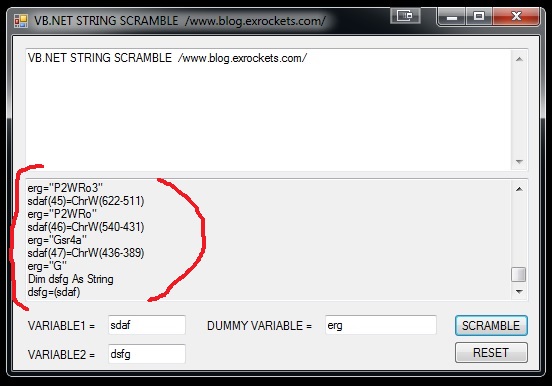 When you press the “SCRAMBLE” button the string is broken into characters. Each character is converted to ASCII code to which a random number is added. Then the character is expressed as the difference between the former and the random number. Then between each two consecutive characters a random string with random length is written which has no purpose other than confusion. Finally the scrambled characters are assembled in a third variable which will contain the initial string. 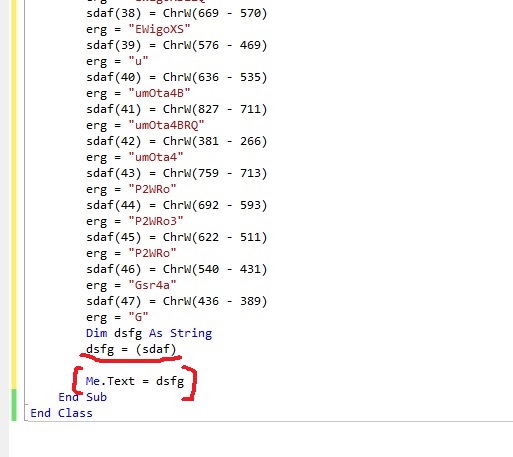 Now when you open the application file with a HEX editor, the text string will look like some other code and it would be difficult to identify and modify. 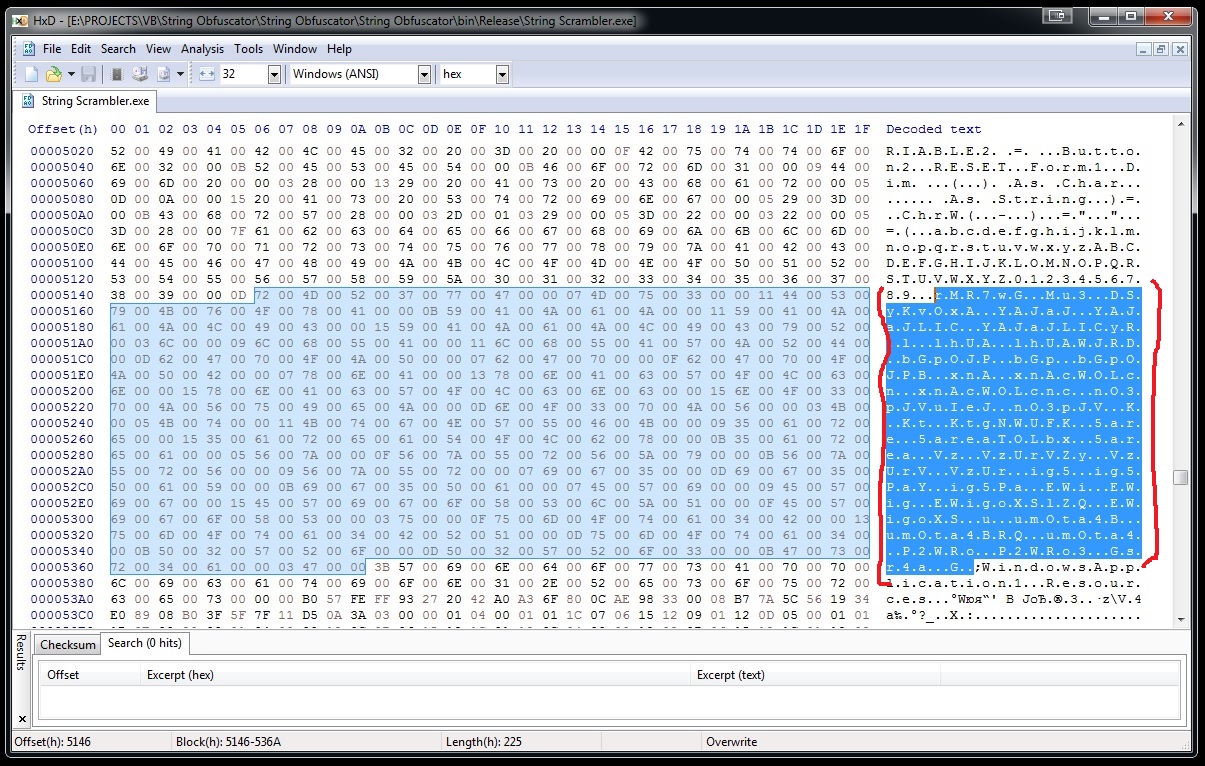